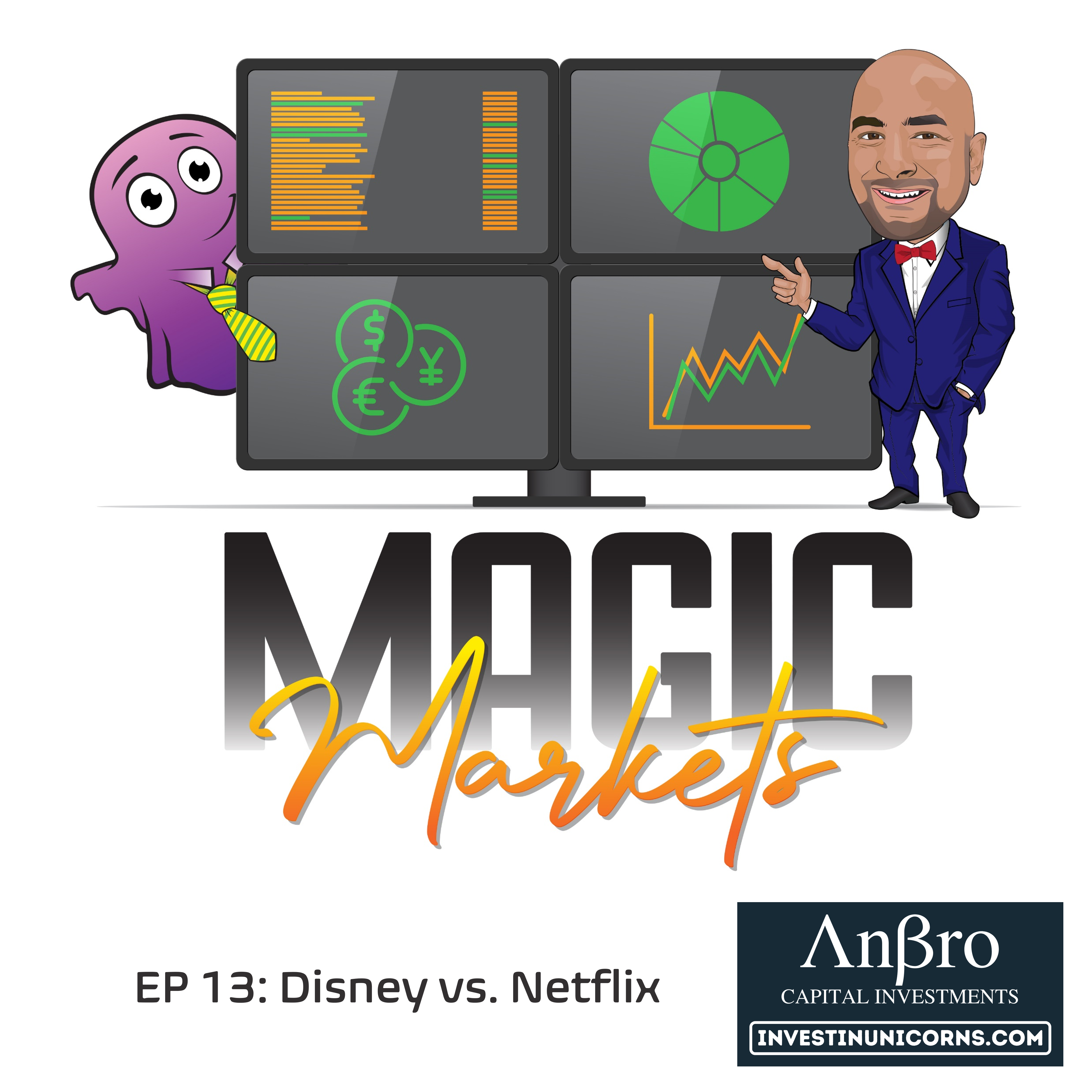 It's an investment rumble in the jungle, as the House of Mouse takes on Netflix.

Although Netflix gets all the credit for being a techy platform company (and included in the FAANG group), Disney+ already has nearly 100 million subscribers vs. just over 200 million at Netflix. Of course, there's so much more to Disney than Disney+, like the entire Parks business and arguably the most impressive back catalogue in the world.

In Episode 13 of highly rated podcast Magic Markets, The Finance Ghost and Mohammed Nalla (Moe-Knows) discuss their views on which business is the better investment. They also throw out a third idea as a curveball.

This episode is brought to you by AnBro Capital Investments.